What if massive data sets could be accessed and analyzed in just an hour, instead of a day? It could change the field of genomics, help researchers predict impacts of climate change more expediently, and help create a safer campus with faster analysis of security videos. These are some of the possibilities that lay ahead as the University’s new supercomputer was installed at the Equinix Network Access Point of the Americas, also known as “the NAP”, in downtown Miami. 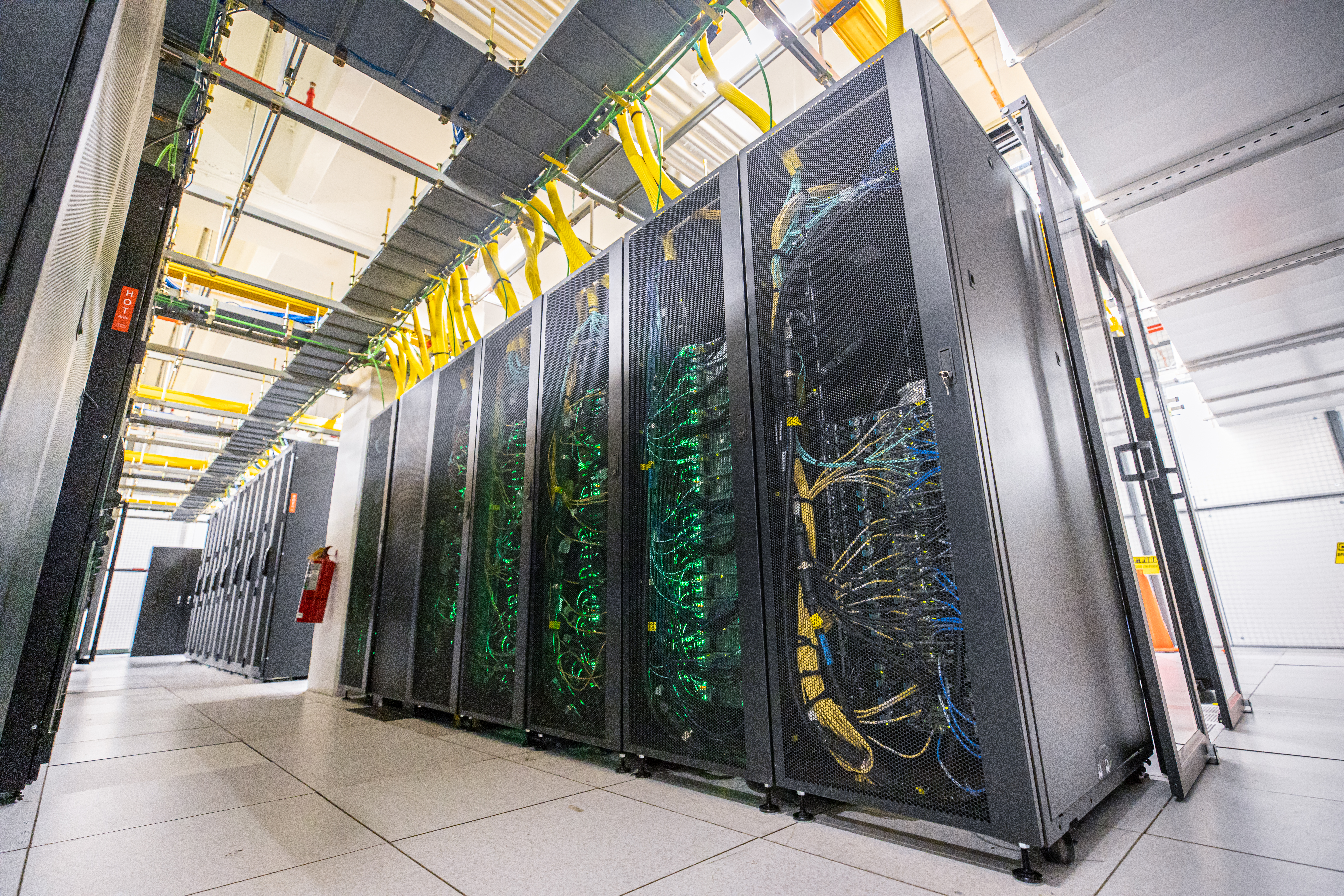 Custom-made for the University by IBM, the new system was assembled and programmed in California, and installed at the NAP in late April-early May, said Nicholas Tsinoremas, CCS Center Director . “With advances in artificial intelligence and data science, we wanted to overcome barriers with this new generation of supercomputer and enable more research. Advances in data science and big data drove us to this new technology.”

The new system, built using IBM Power Systems AC922 servers, was designed to maximize data movement between the IBM POWER9 CPU and attached accelerators. It is a sibling of one of the most powerful supercomputers in the country, which is located at the U.S. Department of Energy’s Oak Ridge National Laboratory, Tsinoremas said. UM’s first supercomputer—Pegasus—was unveiled back in 2008.

Then, in 2013, Pegasus was updated to add more processing and storage capacity and renamed Pegasus II.

The new supercomputer, named TRITON, represents an overhaul of previous technology, said Tsinoremas and Joel Zysman, Director of Advanced Computing at CCS. “The past versions of the supercomputer were all significant steps [for UM], but this is an exponential next phase in technological capacity,” Tsinoremas said. “It’s a revolution from traditional supercomputer technology.” 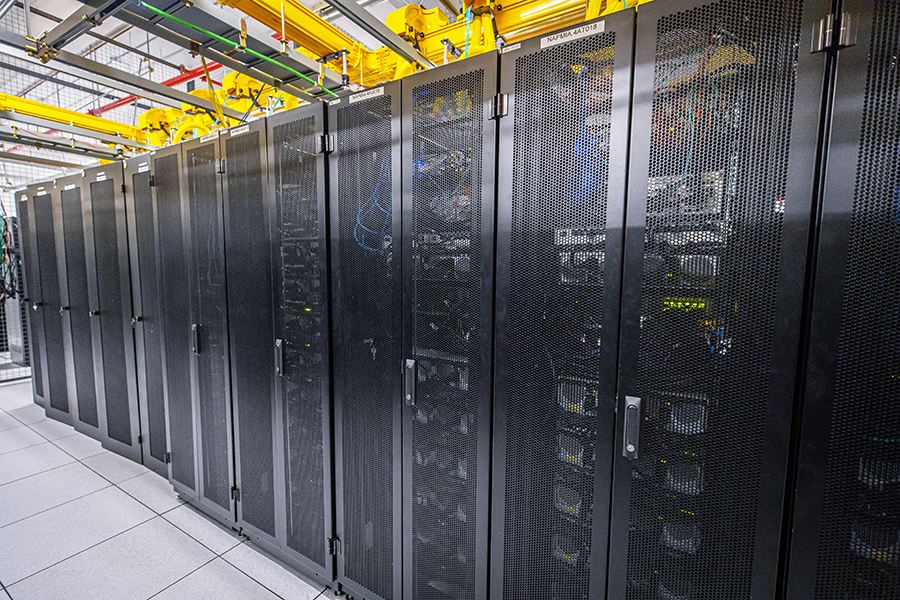 Although older supercomputers were simply fast at crunching numbers (their productivity was measured in calculations per second), this new supercomputer will process data more efficiently, so that now CCS staff will be able to talk about how many terabytes they can process and analyze per second.  “Everything from retrieving data, to processing data, to analyzing it and presenting results is now viewed as a whole,” Zysman said.

Instead of researchers having to upload files in batches to be processed, users will be able to log in to a session and interact with the data while it is being processed. In addition, the new system will enable more computer vision projects, which analyze images to draw conclusions (such as facial recognition technology). These images are often the data used for machine learning and deep learning projects, where computer algorithms are trained to make decisions like a human would, but require large data sets to “learn” from.

Another major advantage: students will be able to access the supercomputer from their laptops, and login and start processing data independently. Currently, only about 1,500 people on UM’s three campuses utilize the supercomputer (mostly in the sciences), however with the new equipment in place and the advent of data science research among professors in the Humanities, Political Science, Law, and Music, CCS expects more traffic. 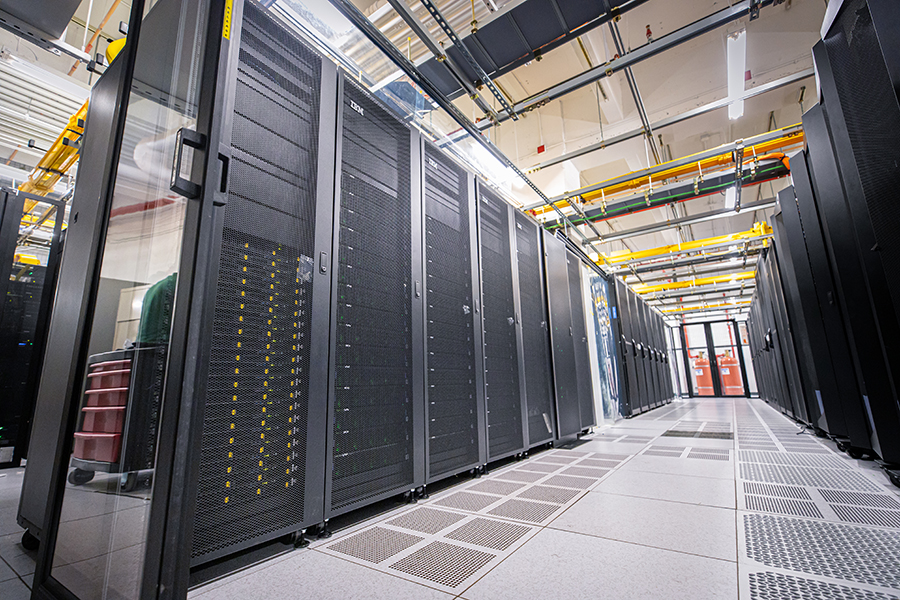 “We expect that more people will take advantage of these resources and we want to make it as easy as possible to do it,” Zysman said.

Tsinoremas and Zysman said that UM may be the first university to acquire this type of computing technology. They said the need for it has been growing as CCS gets more and more calls from faculty and students who would like to do data science research projects. While years ago there was not such a high demand, the amount of data stored and processed at UM has increased 90% in the last three to four years, Zysman said.

“We can see this is the data age,” Tsinoremas added, “and this new system will give us an advantage over other institutions.”

• Join us at the TRITON Launch Celebration on 9/19.

• Center Director Nick Tsinoremas will give a TRITON Overview on 9/20. 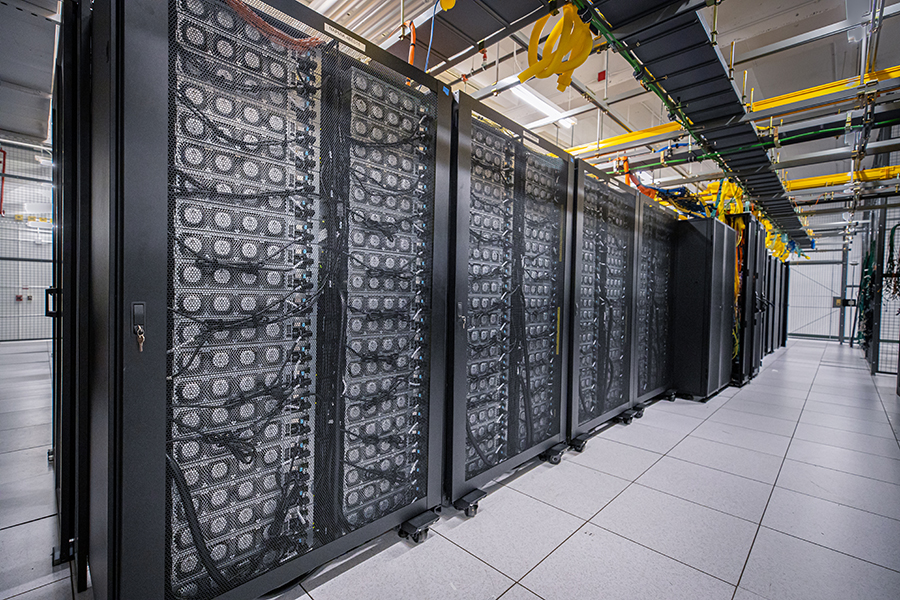