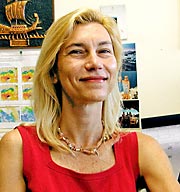 Dr. Villy Kourafalou is a Research Associate Professor at UM’s Rosenstiel School of Marine and Atmospheric Science, where she leads the Coastal and Shelf Seas Group in the Division of Meteorology and Physical Oceanography. She is also the co-Director of the Ocean Modeling and Observing System Simulation Experiments joint center with the Atlantic Oceanographic and Meteorological Laboratory of the National Oceanic and Atmospheric Administration (NOAA). Her research focuses on numerical modeling of circulation and transport on continental shelves and marginal seas, including coastal processes influenced by land runoff, weather events and deep sea oceanic currents.

Examples of problems studied by Kourafalou’s team and collaborators are the transport and fate of nutrients and pollutants from rivers, the role of oceanic eddies in coral fish recruitment in the Florida Keys, and the impact of regional circulation and atmospheric storms on water quality issues associated with the Everglades Restoration Project.

Dr. Kourafalou supervised a recent doctoral dissertation that elucidated a unique coastal-to-offshore interaction. The removal of Mississippi waters toward the Gulf interior and South Florida is controlled by the synergy between the coastal dynamics of the Mississippi River plume, the wind-driven circulation on the Northern Gulf of Mexico shelf, and the dynamics of the Loop Current. Such processes control the connectivity of remote ecosystems and have broad, interdisciplinary consequences of scientific and socioeconomic importance. Dr. Kourafalou has expertise in representing them numerically, by developing and applying complex physical models that solve suitable equations. 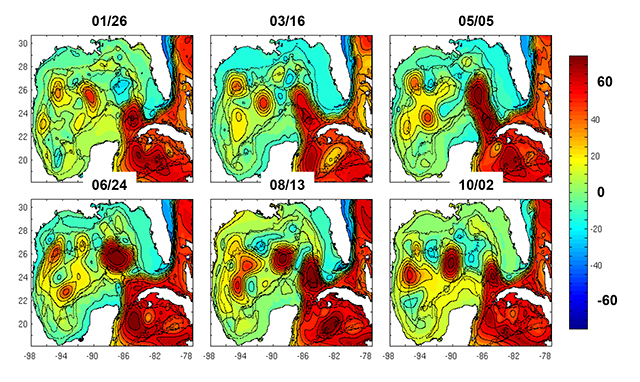 The problems addressed in Dr. Kourafalou’s research guide model requirements in space and time. The numerical codes are generally structured on grids of fine resolution and integrate the equations at very small time intervals. The coastal models are embedded in regional and global models of coarser resolution. This downscaling approach and the overall code complexities have been made possible through the high performance computing and the dependable archiving resources provided by the Center for Computational Science (CCS). Multi-year simulations have been run on the CCS Ares cluster, using 64 node parallel computing. This capability has allowed the extension of limited-domain, high-resolution coastal models, to regional models of similar capacity in grid structure. The recent incorporation of data assimilation in the high-resolution simulations requires inversion of very large matrices, which has highly benefited from parallel computations on the Ares cluster. The latest development is near-real-time forecasts of circulation around South Florida, including the Florida Keys, and across the Florida Straits to Cuba and the Bahamas. 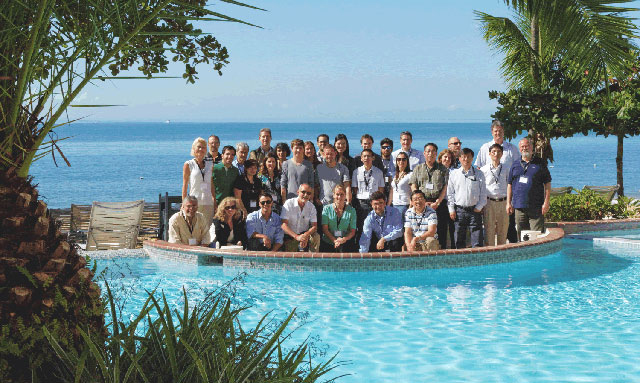 Kourafalou has been engaged in international efforts to combine numerical modeling with observational data to improve the understanding of ocean phenomena and allow their reliable forecasting. She is a member of the Science Team of the Global Ocean and Data Assimilation Experiment (GODAE OceanView) and co-chairs the Coastal Ocean and Shelf Seas Task Team (COSS-TT 2014 workshop group photo above). Results from her computational work carried out at CCS have been engaged, and information exchanged in strategic community science planning with her international peers.

A recent example is to broadly disseminate achievements and lessons learned from ocean prediction during the Deepwater Horizon oil spill in the Gulf of Mexico. Dr. Kourafalou has been one of the experts sought by the federal agencies, as well as national and international press, to help explain the role of ocean circulation on the oil fate and assist in the federal response. She is currently involved in long term environmental damage assessment efforts. 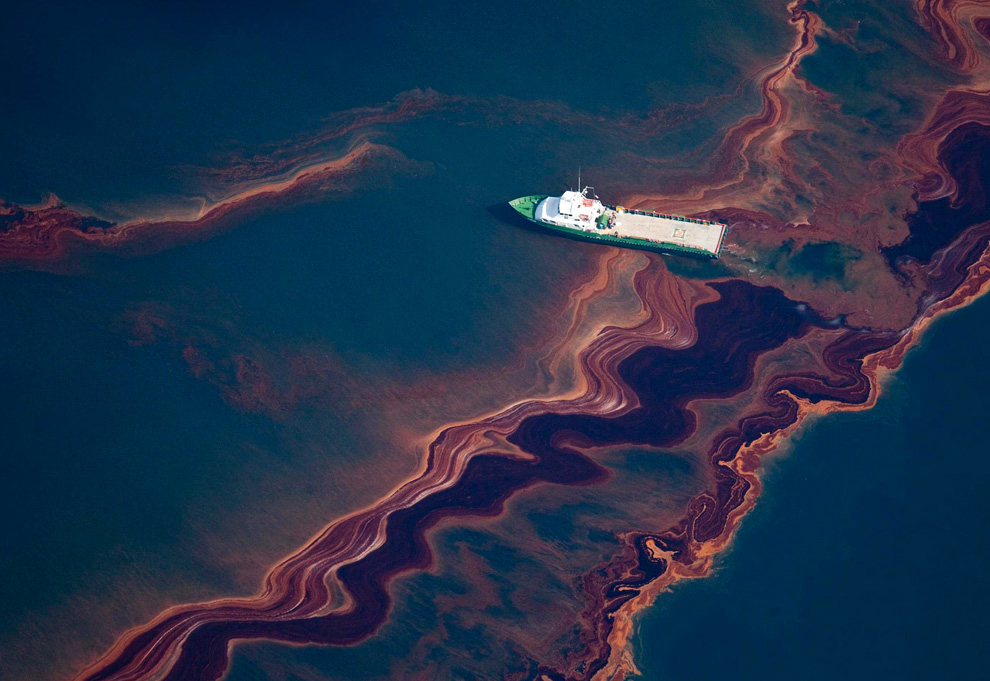 Funding for Kourafalou’s research has been provided by NOAA, the National Science Foundation (NSF), the Office of Naval Research, the Environmental Protection Agency (EPA), and the South Florida Water Management District. She chaired UM’s Faculty Senate Committee on Women and Minorities (2011-12), and she is an award recipient from UM’s NSF sponsored program Scientists and Engineers: Expanding Diversity and Success (SEEDS). Prior to joining UM in 2001, she held appointments at the National Research Council of Italy (aka Consiglio Nazionale delle Richerche) and the Hellenic Center of Marine Research in Greece.