The 2010 Deepwater Horizon oil spill was and remains the largest oil spill in U.S. history, with more than 200 million gallons of crude oil released at about 1,500m depth off the Mississippi Delta in the Gulf of Mexico. At the time of the accident, because of the proximity of the intense Loop Current, flowing from the Yucatan Channel to the Florida Straits, many were concerned that oil at the ocean’s surface would reach South Florida and East Atlantic coastal areas. However, the dominant transport of oil and oil products was toward the Northern Gulf coastline. Numerical simulations performed at the Advanced Computing core of the University of Miami’s Center for Computational Science explain the major role surface winds played in this observed oil transport in a June American Chemical Society publication, Environmental Science and Technology. 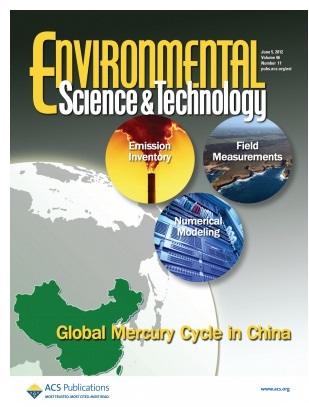 UM scientists and colleagues demonstrated the crucial role of the wind-induced surface drift on the fate of the oil slick in the Gulf of Mexico, which clearly had a strong influence on displacing oil via waves and additional circulation. These particular wind effects are generally not represented in ocean general circulation models and were missing from real-time ocean circulation predictions during the Deepwater Horizon oil spill. Incorporating this effect, in addition to the ocean currents, the scientists performed a novel 3D modeling study of the oil spread from the bottom of the Gulf of Mexico, which allowed a realistic representation of the evolution of the 2010 oil spill at the ocean surface. The oil spill simulations were verified through observations and benefited from regional circulation modeling, which assimilated physical observations; no calibration in the oil spill extent took place to match observations. Results from this study showed that the model simulation including the wind-induced drift led to substantially improved results over an identical simulation that excluded the wind drift effects.

“It is striking to notice how a large part of the surface oil erroneously made it to the Atlantic coast of Florida in the simulation ignoring the wind-induced drift, while the simulation taking the drift into account correctly calculated the final destination of the oil along the Northern Gulf coastline, in remarkable agreement with observations,” said Dr. Matthieu Le Hénaff, the study’s lead author from UM’s Rosenstiel School for Marine and Atmospheric Science and also affiliated with NOAA’s Cooperative Institute for Marine and Atmospheric Studies (CIMAS).

The dominant northward winds during spring and summer of 2010 led the surface oil to be pushed onto the Northern Gulf shelf areas and toward the coasts, away from the interior of the Gulf and the Loop Current southward transport. This effect, together with the evolution of the Loop Current, was crucial in maintaining the oil from the Deepwater Horizon rig within the Gulf of Mexico.