It’s part genomics*, part big data, and all about driving discoveries that could someday translate to new treatments for cancer, neurological diseases, addiction, and many other conditions, said Stephan Schürer, Ph.D.,  CCS Drug Discovery program director, and associate professor of molecular and cellular pharmacology at the UM Miller School of Medicine.

The NIH’s “Illuminating the Druggable Genome“ (IDG) initiative is expected to generate a lot of scientific information from several investigators at leading institutions nationwide. Schürer has been appointed to the IDG’s Resource Dissemination and Outreach Center to organize the incoming data and coordinate project resources.

To increase their odds for success, IDG researchers will be strategic. They are looking at promising but understudied members of protein families already associated with productive drug development: the G-protein coupled receptors, ion channels, and protein kinases. The idea is that proteins closely related to known drug targets will be more promising candidates for future drug development.

“There are already examples of small molecules that bind to members of the same families,” Schürer said. “The Data and Resource Generation Centers are developing scalable technologies to quickly interrogate those protein families and identify new chemicals that can be developed into chemical probes.”

Chemical probes are important tools used to study the function of proteins in cells and animal models. They’re important because pharmaceutical companies also want to be strategic in terms of where they focus their drug development efforts.

“One of the barriers for a pharmaceutical company or a biotech company to develop a drug for a particular target is target validation,” Schürer said. “Target validation essentially demonstrates that a target is relevant to a disease . . . and that the target can be modulated with a small molecule [drug].  Drug companies basically won’t touch it unless a protein target is firmly established as druggable, meaning it can be engaged with a small molecule and there is a significant pharmacological effect.”

Standardizing data, making sure it is accessible to researchers, organizing the vast available data for these protein families and developing scalable technologies to ramp up the IDG project are further goals. Schürer was part of the Knowledge Management Center for three years during Phase I of the IDG initiative. The second phase is now starting and will run for the next six years. 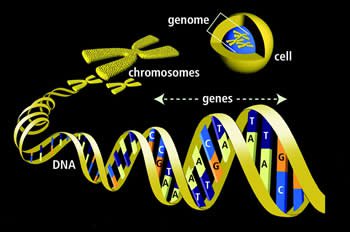 *Genomics is an interdisciplinary field of science focusing on the structure, function, evolution, mapping, and editing of genomes. A genome is an organism’s complete set of DNA, including all of its genes. In contrast to genetics, which refers to the study of individual genes and their roles in inheritance, genomics aims at the collective characterization and quantification of genes, which direct the production of proteins with the assistance of enzymes and messenger molecules. In turn, proteins make up body structures such as organs and tissues as well as control chemical reactions and carry signals between cells. Genomics also involves the sequencing and analysis of genomes through uses of high throughput DNA sequencing and bioinformatics to assemble and analyze the function and structure of entire genomes. Advances in genomics have triggered a revolution in discovery-based research and systems biology to facilitate understanding of even the most complex biological systems such as the brain. [Wikipedia]