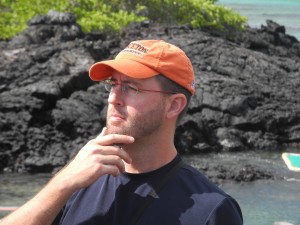 Sometimes even the arts can use a bit of science. That seems to be the case in the extraordinary marriage of music, computing, and database solutions, when it comes to this month’s featured scientist, Dr. Colby N. Leider.

Pinning down a description of Colby Leider is not easy. His work provides many surprising dimensions of expertise: composer, organist, electrical engineer, acoustic ecologist, instrument builder, tinkerer, and an authority on digital audio workstations, but, the common denominator is an appreciation for sound and the musicality it brings to our lives. Dr. Leider taps into technology to preserve that musicality and to harness it in productive new ways.

As a UM associate professor of music and program director of the Music Engineering Technology Program at the Frost School of Music, Dr. Leider has taken music and computer science to new levels, working as the associate editor of Computer Music Journal, and as a consultant in patent-infringement cases involving audio and new media technologies. He composes music, builds musical instruments, and teaches courses in music technology. Together with Dr. Kristine H. Burns, he is co-founder of Everglade Records, a nonprofit record label devoted to experimental music and acoustic documentary. Dr. Leider has also received an impressive array of prizes and honors for his compositions. 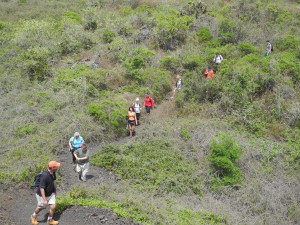 For the past five years, Leider has recorded sounds from Redland, an area south of Miami in the Everglades where he lives. It is an acoustic ecology project aimed at examining the way these sounds impact people—everything from the health to the lifespan to the enjoyment of human beings. With grants from the National Science Foundation, the NVIDIA Corporation, and the University of Miami, the Redland Project is essentially a music composition “composed by Redland itself.”  The changes have been easy to hear as he and his family who live in this area have trained their ears to notice the differences. For example, woodpeckers and wild rabbits rustling through the brush have been gradually replaced with sounds of encroaching development. Literally, one can see the nearby turnpike rush hour acoustically. In a few years, he will have developed a large acoustic library, preserving every naturally occurring sound from this soundscape.  Additionally, he is gathering continuous measurements of temperature, rainfall, wind speed, wind direction, humidity, barometric pressure, and ambient light levels that will be searchable via a UM Center for Computational Science supercomputer that can aid in drawing conclusions and correlations. 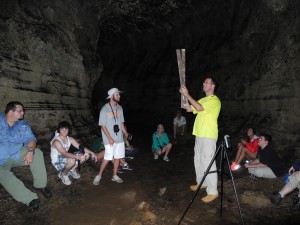 Dr. Leider demonstrates sound dynamics by measuring impulse responses in a lava cave by recording the slap impact of two pieces of wood. Photo by Joseph B. Treaster

While these projects presently make up Leider’s primary focus, his creativity has often taken him down unusual roads. He tapped computer technology and hardware sensors to invent and build the squeezeVox, a musical instrument that provides intuitive controls for pitch, breathing, and articulation of the voice and discrete ones using an accordion-like paradigm with bellows and a keyboard.

In Leider’s case, his research often exploits the very newest technology with new ways of looking at some of oldest and most low-tech challenges. 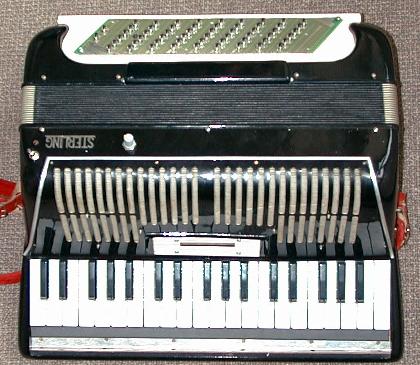 One version of Leider’s squeezeVox: SqueezeVox Bart. The invention provides intuitive controls for pitch, breathing, and articulation of the voice and discrete ones using an accordion-like paradigm with bellows and a keyboard.

“I love to tell people how music and technology have always coexisted,” Leider says. “The Baroque pipe organ was one of the most impressive engineering feats of the 18th century, for example, and composers—most famously, Bach—would actually consult with designers, providing the artist’s perspective on how to build a better mechanical instrument. People might look at my work and think combining these two disparate fields is new, but it’s not new at all. It’s just a modern day, higher-tech extension of a centuries-old idea.”