A research grant from the Defense Advanced Research Projects Agency (DARPA) could help a University of Miami College of Engineering professor transform the aviation industry.

Dr. Ge-Cheng Zha, a professor of Mechanical and Aerospace Engineering with the CoE, and a CCS Member, received a DARPA grant to conduct research including numerical simulation,

At the same time, the team’s CFD simulation shows that the CFJ airfoil is able to increase productivity efficiency by 36% for a supercritical transonic airfoil at cruise. Most of the current active flow control technologies are aimed at suppressing airfoil-flow separation at a high angle of attack. The CFJ airfoil appears to be uniquely able to increase transonic airfoil efficiency at cruise when the flow is benign at a low angle of attack.

These findings have the potential to transform the next generation of military and civil transports with extremely short takeoff/landing distances to increase airport capacity, reduce noise, and to reduce fuel consumption and emission pollution due to the ultra-high cruise efficiency. This is a joint project between UM, Texas A&M University, and Florida State University.

“We are excited about this deep collaboration, and the insight and understanding to revolutionize the aerospace industry through innovative technology and research,” Zha said. “We are researching, inventing, and testing future aerospace technology, which will, we hope, make this world better.”

In this video (from 2009), Dr. Zha, inventor of the flying wing, talks about the Future of Flight. 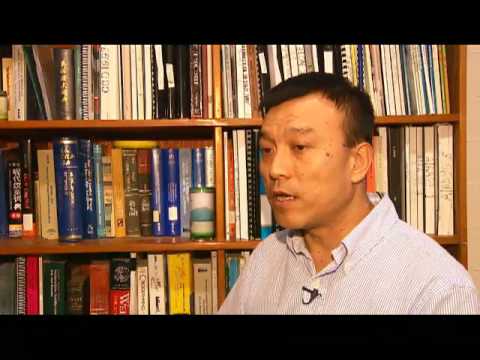