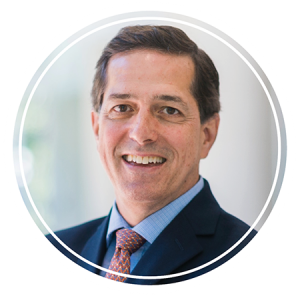 Imagine a magnified, computer-generated strand of DNA that could be viewed and manipulated by several students wearing spatial computing headsets; imagine sensors that can detect the slightest change in weather and send that information to phones and tablets to be processed in near real-time; imagine History students viewing some of the most iconic artworks from museums around the world at unprecedented fidelity with experts at their home institutions providing instruction, and, instead of it taking several minutes for a feature film or video game to load on students’ phones and tablets, that time would be shaved to seconds. These are some of the capabilities of 5G and Edge technology.

“In collaboration with AT&T, the University of Miami will be able to support 5G using millimeter wave spectrum (“5G+”) and Edge technology on its Coral Gables campus, placing the University at the forefront of digital transformation impacting every field,” said Ernie Fernandez, Vice President of Information Technology and Chief Information Officer for the University (pictured at right). “It will allow students, faculty, and staff to develop, test, and use the next generation of digital apps, including Magic Leap’s spatial computing platform, in new and exciting ways. “

The University recently signed an agreement with AT&T to become the company’s first college campus to adopt AT&T 5G+ and AT&T Multi-access Edge Compute (MEC) technology. The term 5G refers to a larger cellular bandwidth that will deliver more data from the internet to wireless devices at a faster pace. This would help large data files like videos and graphics load quicker on phones and tablets, said Nick Tsinoremas, CCS Center Director.

Jeffrey Duerk, Executive Vice President of Academic Affairs and Provost (pictured below), said that the University’s ability to pioneer this technology demonstrates its commitment to explorative pedagogies, digital scholarship, creative endeavors, science, technology, engineering, and math as part of the University’s Roadmap to Our New Century. “The computing power of your handheld device will increase tremendously by allowing really complicated applications and analyses to be performed at the edge and answers or solutions returned to your device as part of the 5G+ and Edge environment. The beautiful part also is the extension beyond to the arts and humanities. We are proud to be the pioneering University in this new arena,” Duerk added. 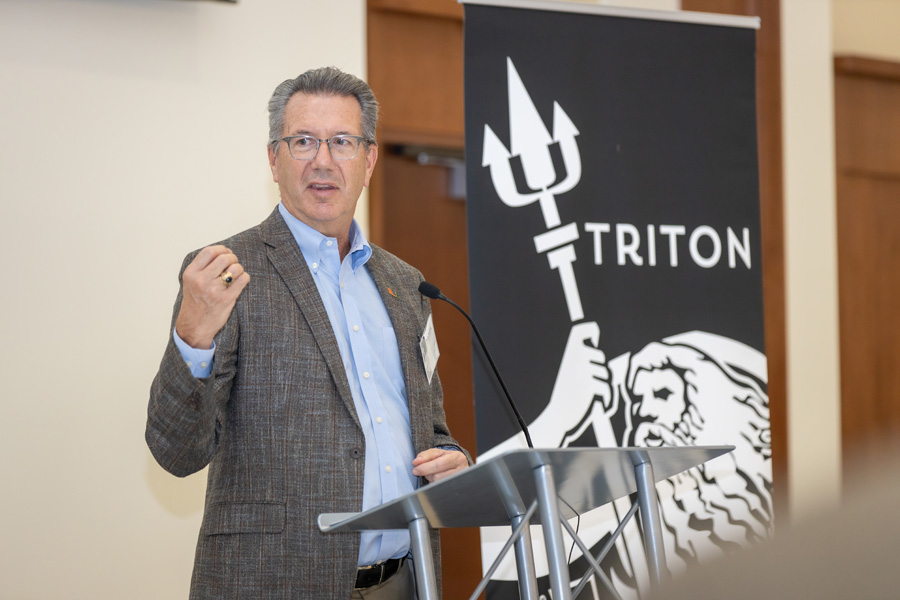 In the next few months, AT&T will begin installing the infrastructure needed for 5G and Edge technology at the University of Miami, and a full installation should be complete by the spring. Access to the 5G+ network will be most optimal in high-traffic computing locations, such as at the College of Engineering and in the Ungar Building, at the Otto G. Richter Library, and in the School of Architecture, with plans to add more locations in the future, Fernandez said. 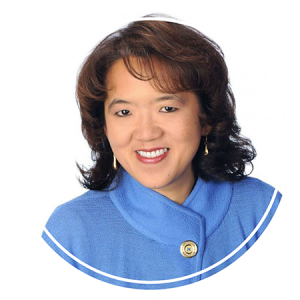 “Combining 5G and edge technology at the University of Miami powers a new category of educational experiences that we haven’t seen before. Then when paired with Magic Leap, we can ultimately provide unprecedented digital learning and development opportunities,” said Anne Chow, CEO of AT&T Business (pictured at left). “These powerful next-generation networking solutions will help change how students learn, research and interact with the world around them. And, it will impact the way administrators conduct everything from campus operations to the safety of students.” The collaboration with AT&T came about through the University’s relationship with Plantation, Florida-based company, Magic Leap. The company, founded by UM alumnus Rony Abovitz (pictured at right below), developed the world’s leading spatial computing platform technologies, which allows users to efficiently integrate digital content into their physical environment. While wearing Magic Leap’s first product, the Magic Leap One, people can see and interact with digital objects in the space around them. “I think we are going to see a migration from 2D screens, which are very confining, to three-dimensional structures,” said Jean-Pierre Bardet, UM’s Vice Provost for Strategic Initiatives. “That will have profound implications for research and applications. We are on the verge of adding a third dimension to our cognitive process.”

Last fall, Magic Leap and the University announced that UM will be the first “Magicverse” campus. The Magicverse uses spatial computing to create digital layers of information and content on top of physical spaces. In addition, as part of the collaboration, UM also planned to generate ideas for how to utilize the company’s spatial computing technology in a range of fields. Since then, more than 30 applications have been developed on UM’s campuses that incorporate Magic Leap technology. The Office of the Provost is also offering grants to student or faculty project proposals that utilize Magic Leap technology. 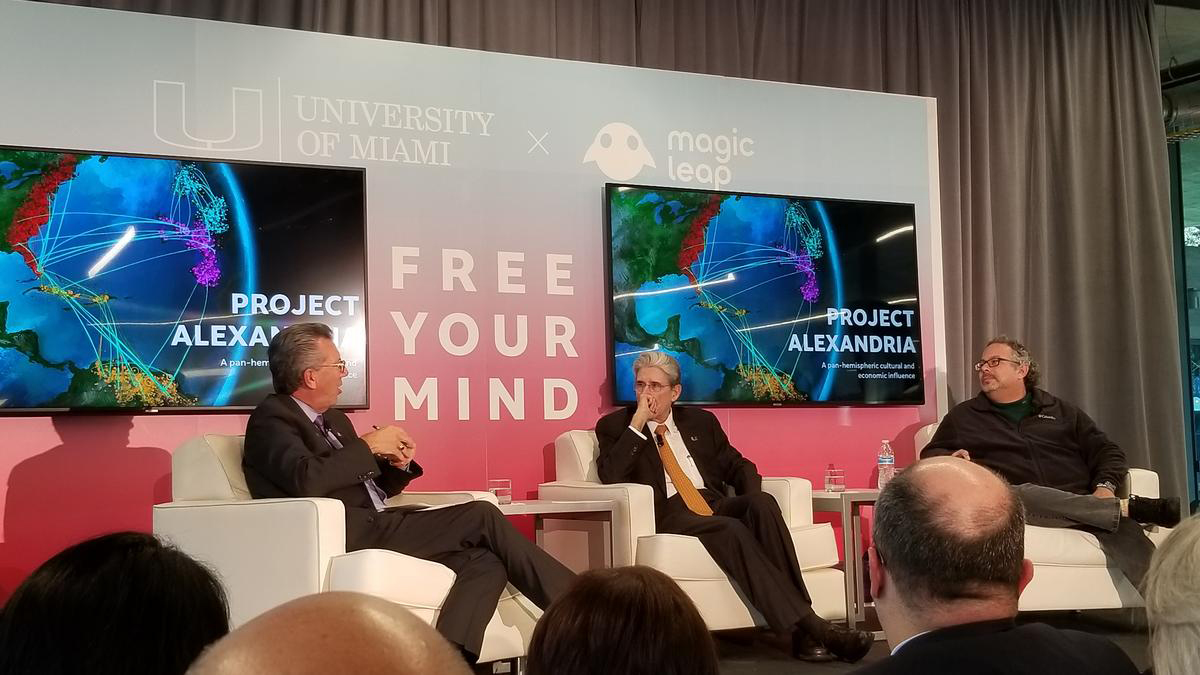 “Magic Leap and the University of Miami are committed to implementing the Magicverse. Realizing this requires a level of data infrastructure that supports the highest fidelity digital experiences with ultra-low latency,” said Omar Khan, Chief Product Officer for Magic Leap. “Our collaborators at AT&T have always seen the potential of the Magicverse, and their 5G infrastructure is a crucial component to the success of this project on the University’s campus.” In the future, students, faculty, and staff will not only be able to use spatial computing technologies over 5G+ and Edge technology, but also to use and develop new Internet of Things (IoT) devices or pursue completely new pedagogies, Tsinoremas added. IoT devices use sensors to collect data and provide information or a service to the user. Examples of those devices are weather monitoring devices, home air conditioning thermostats or sprinkler systems that connect to the owner’s phone through an app. “For example, sensors in the new dorms will eventually work faster with 5G and Edge technology because the computations will be done closer to the wireless device, so the apps will be more responsive,” Tsinoremas said.

SOURCE:  “5G to fuel research and academic pursuits at the University of Miami” NEWS@TheU 11/6/2019